The Enon Little League U-8 All Star baseball team played a total of 11 games in a season ending tournament in Mechanicsburg to make it to the championship game before they fell to London by a final score of 10-8 as they took second place in their final tournament of the season.

The All Star team played 6 games on the last day as they staved off elimination by winning 4 games to reach the championship game. The All Star team consisted of players from the Enon Little League regular season teams and they played in a total of three post season tournaments. The team was coached by Derrick Stacy, Kyle Bowman and Steve Ronicker. 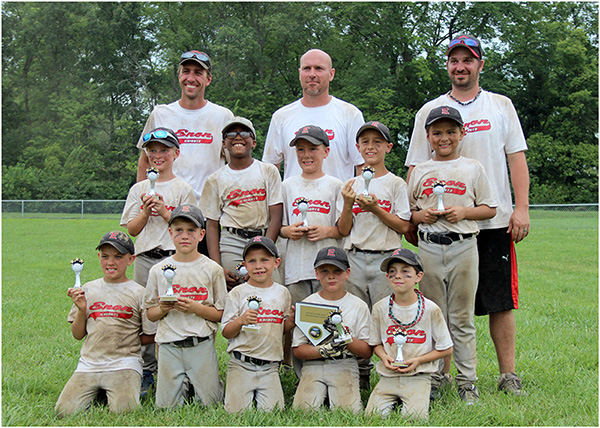