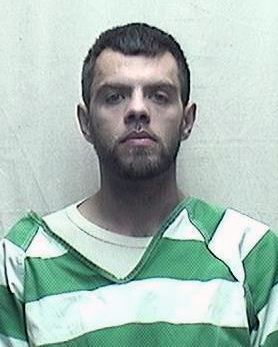 On January 11, 2020, at approximately 10:15 p.m., the Mad River Township Fire Department was dispatched to 1541 Uplands Drive on report of a structure fire at a residence. Upon arrival, fire department personnel discovered the residence consumed by flames, and began operations to extinguish the fire, as well as protect surrounding structures, which was made difficult by the high winds.

Concurrent with the report on the fire, the Clark County Sheriff's Office began receiving reports from the area regarding a suspicious subject who was engaged in criminal activities in the area surrounding the burning house. A resident on Dayton-Springfield Road reported that she was observing the fire from her residence, and that she heard a noise from inside her home. Upon investigating, she located a male who claimed he was from the fire department, and that he had entered her residence to check on her welfare. However, the male was wearing no uniform or identifying equipment or credentials, and claimed that he had entered through an upstairs window, which he broke out. The resident forced the subject out of her home while calling the Sheriff's Office, and the male then fled on foot once outside the house.

Additionally, a second resident on Dayton-Springfield Road reported that while inside his home, he observed a male subject outside to the rear of his home. While watching the subject, the resident observed the male tampering with the incoming electric service lines into the house, attempting to cut them with a saw, creating showers of sparks. When confronted by the resident from inside the house, the male informed the resident that the wires were sparking, and that he needed to come out and check them. The resident immediately called 911, and the male fled on foot from that residence as well.

Deputies were in the area responding to assist fire personnel at the burning structure and to investigate the criminal activities that had been reported. They located the suspect, identified as Christopher Ray Perdue of Fairborn, and detained him. Detectives from the Clark County Sheriff's Office also responded to assist, and evidence was located that tied Mr. Perdue to both the forced entry into the home and the incident involving the cutting of electrical service to the second residence. Additionally, evidence was located that indicated Mr. Perdue had not only made unlawful entry into the burning structure, but that he was also responsible for the resulting structure fire.

As a result of the investigation and the evidence obtained, Christopher Ray Perdue was arrested and charged with Arson, 2 counts of Burglary, Disrupting Public Services, Felony Possession of Criminal Tools, Criminal Damaging, and Criminal Trespass. He was incarcerated in the Clark County Jail.

The structure fire is still under investigation by the Office of the State Fire Marshal, the Clark County Sheriff's Office, and the Mad River Township Fire Department, and further charges could be forthcoming as a result of any new evidence obtained from that investigation.