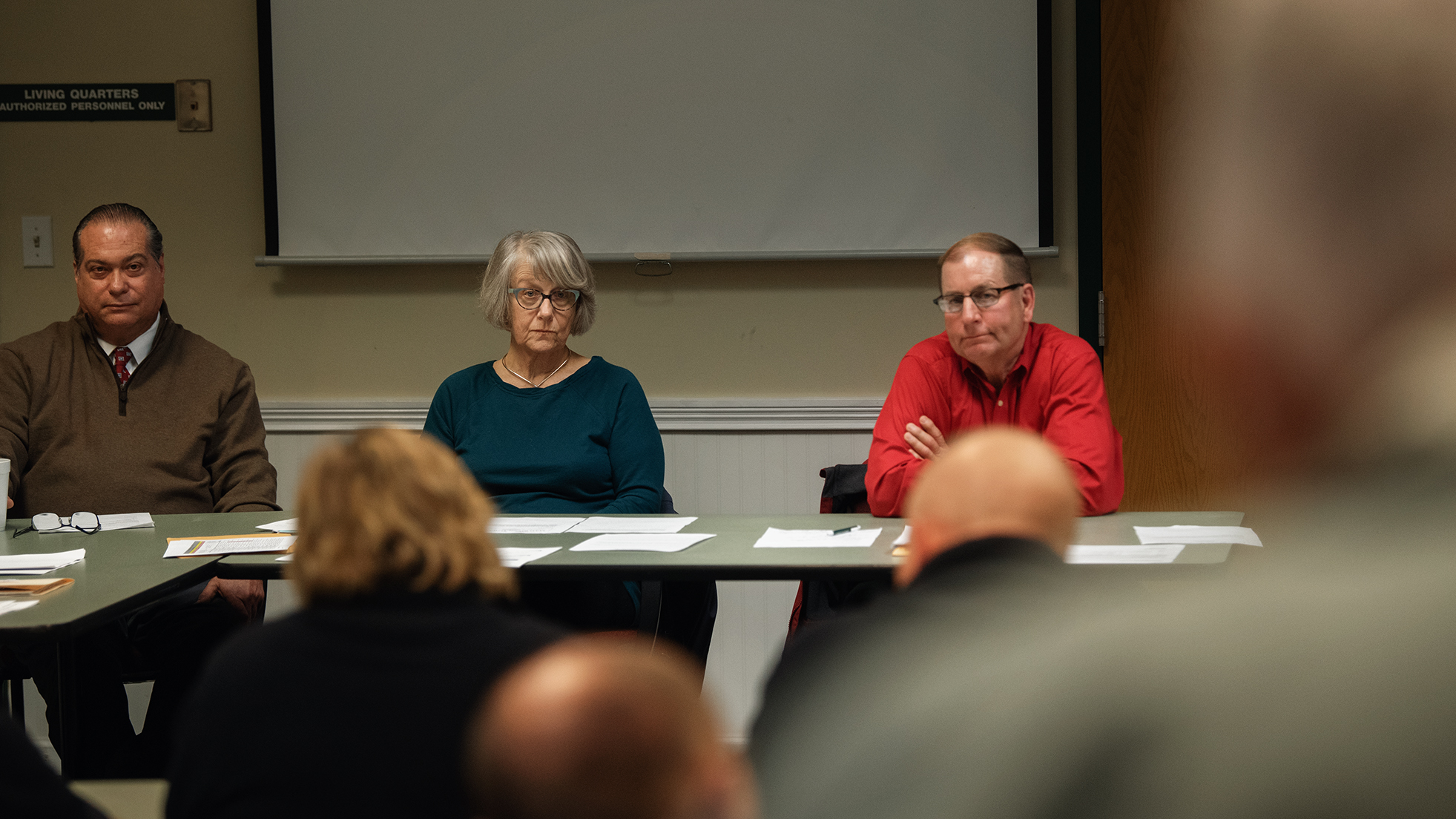 At their meeting on Monday, February 4, 2019 following an executive session with their attorney and the Chief of Emergency Services, Trustee Kathy Estep motioned to end the employment of Firefighter/EMT Steve Schaefer because he "failed to satisfactorily complete his probationary period."

A public records request by the Enon Eagle shows that Schaefer applied to the department in early April of last year.  He was interviewed by Captain Kurt Werner and Assistant Chief Jackie Ashworth on May 24, 2018 and approved by the township trustees in early June.

On his application, Schaefer lists previous employment at the Enon-Mad River Township department and also Bethel Township.  At the time of his application he was employed by the City of New Carlisle Fire Department.

Schaefer was promoted to lieutenant in mid October by Chief Wendling after only four months with the department.  According to the records we received, the probationary period is a year for new employees.

The firing comes following a meeting held on January 29, 2019 at the Enon Government Center.  The Eagle confirmed that all three trustees were at the location.

During the public address portion of the meeting, Dale Grimm the owner of the Enon Eagle asked why three trustees attended a meeting at the Enon Government Center on Tuesday, January 29.  A public records request was made to the township for the minutes from the meeting with a reply from trustee Estep “no public meeting” occurred.

Grimm stated that The Open Meetings Act requires members of a public body to take official action, conduct deliberations and discuss the public business in an open meeting, unless the subject matter is specifically exempted by law.  He went on to note that a public body must keep full and accurate minutes of its meetings.

McClure addressed the question as the “president” of the board.  He stated that there was “an exit interview” conducted with Jimmy Carpenter, a former employee.  Carpenter resigned from the department on January 9 of this year.

According to information obtained from Carpenter in a phone interview, trustee Estep and Chief Wendling were in the meeting with him at the Government Center on the night in question.

McClure was adamant that no meeting of the trustees was held.  He stated that following the exit interview the trustees sat at the table and received serious information about a public employee (Steve Schaefer).  Carpenter confirmed that he had left following his interview with Estep.

When asked why the trustees met at the Enon Government Center rather than in the township building that typically is the location for their meetings, McClure stated that it was a “neutral spot”.

McClure went on to state that the information he received from the Carpenter interview was of a “serious nature about a public employee” and that he stayed with Wendling and met with Steve Schaefer later in the evening.

McClure stated he felt it was urgent for him to “take action” but that no “permanent action” was taken.  He did not state what action he took on January 29 as a result of the information received by the trustees at the exit interview.

McClure claimed that Catanzaro and Estep did not know about the action he took until the executive session held during the regular meeting February 4 with their human resources attorney present along with Wendling.

The Eagle reached out to Schaefer to get comments on the meeting, but he did not return our calls.

During his comments Grimm stated that “a resolution, rule or formal action of any kind is invalid unless adopted in an open meeting of the public body”.  He went on to state that “a formal action taken by a public body in a meeting for which it did not properly give notice is invalid”.

Trustee Estep stated that the trustees had consulted with their attorney prior to the meeting and she believed it was allowed.

According to the statement read by Trustee President Bob McClure prior to the public address at the meeting, the trustees “received information related to serious allegations against one of its employees”.  The statement went on to state that “as a result, the township looked into the allegations to determine the validity”.

In late January, a resident asked the trustees why a member of the department listed Schaefer as the reason for their resignation being “unable to work” with him.

The Enon Eagle asked who contacted the previous employers for Schaefer prior to his hiring.  McClure stated that he did not know.  When the Eagle explained that the records request shows that Captain Kurt Werner and Assistant Chief Jackie Ashworth interviewed Schaefer and asked if the chief could state who did the confirmation with previous employers, McClure agreed and asked Wendling to respond.

According to Wendling, the process for all employees is to submit an application.  The application then leads to an interview that is scored by the interviewers and then the previous employers are contacted.  Schaefer received a score of 18 out of 24 from Werner and 21 out of 24 from Ashworth.

Wendling stated that only three members of the administration conduct the calls to previous employers including himself, Jackie Ashworth or Kurt Werner.

When asked for confirmation that they contact all former employers for every employee who applies, McClure stated “that is my understanding”.

Following the meeting we were able to reach Carpenter for comment on the fact he was listed as a reference for Schaefer on his application.

He confirmed that he was asked by Wendling about Schaefer and stated that he told Wendling that Schaefer was able to do his job as a paramedic.  Carpenter stated that he informed both Wendling and Ashworth about the incidents at Bethel Township and his termination from New Carlisle prior to his interview with Ashworth and Werner and recommended that they contact Chief King at Bethel and Chief Trusty at New Carlisle for details.

On the interview notes that were part of the process, neither Werner nor Ashworth made any notes in the section where the candidate can provide additional information during the interview.  Schaefer was terminated on May 17, 2018 and interviewed in Enon on May 24, 2018.

Carpenter said he believed that Wendling and Ashworth had contacted the chiefs in reference to Schaefer and the incidents that lead to his resignation and release.

In our public records request concerning Schaefer, we found that complaints were filed against him for inappropriate behavior toward female employees in the work place at Bethel Township.  He resigned from his position according to the records we received in March of 2017.

The Eagle staff has contacted Chief King for comment on the information to Wendling and Ashworth in advance of his employment in 2018.  King confirms that he was contacted by Mad River Township concerning Schaefer and his employment with Bethel Township.

King also confirmed that he has been contacted since the January 29 meeting by members of the township regarding Schaefer.

It is unclear why the trustees were not informed of Schaefer’s history by Wendling and Ashworth prior to his employment which was approved by the trustees in June of last year.  Trustees typically do not appear to review the candidate records during their general meetings and simply ask the chief if the officers have approved the candidates for employment.

From all indications the trustees are claiming that they only learned about the “allegations” related to Schaefer following their January 22, 2019 meeting when questions were raised during the public address portion of the meeting.  We were unable to confirm if anyone from the department had previously brought concerns to their attention or not.

Resident Ned Clark asked McClure if he had followed up with Deputy Ben Barrett regarding the information about Schaefer and the allegations from the January 22 meeting.  McClure stated that he “discussed” the topic with Barrett and he was “looking at the complaint”.

The Eagle confirmed that Clark County Sheriff detectives are investigating a report related to Schaefer, however during the investigation, the formal filing was not available for public records request.  No details have been made available regarding the ongoing investigation at this time.