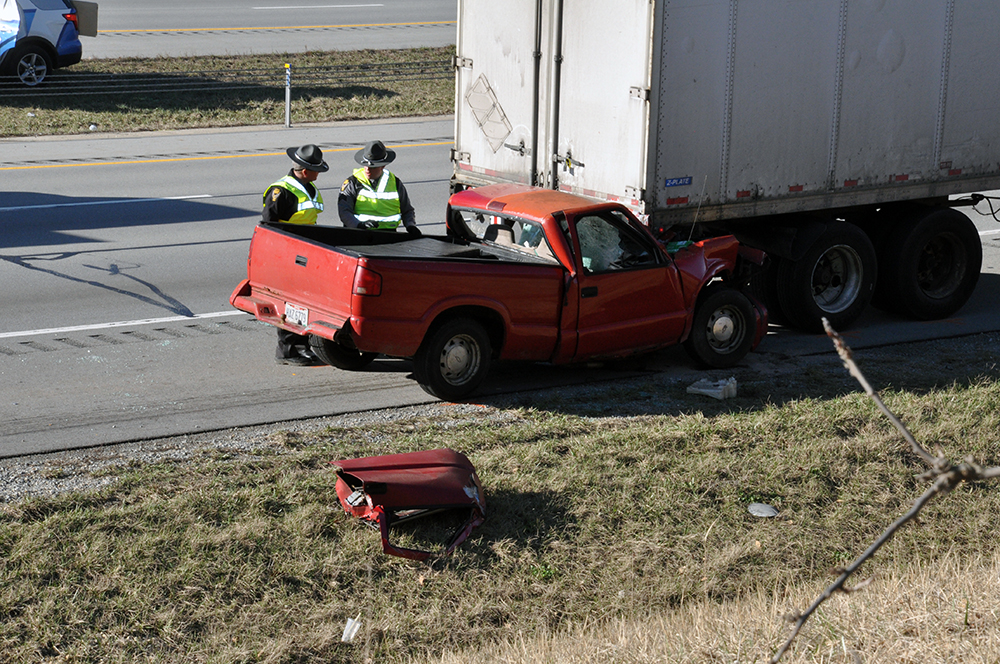 An Urbana man was Care Flighted to Miami Valley Hospital following a crash on Interstate 70 on Tuesday morning.

Robert McGill, 25, of Urbana, was westbound on I-70 when he rear-ended a westbound semi. The driver of the semi, Omar Ahmed, of Faribault, Minnesota, stopped the semi upon impact, but dragged McGill’s S-10 pickup for about 300 yards before he could get his rig stopped.

McGill’s vehicle was wedged under the underride bar of the semi, and rescue personnel had to use the Jaws of Life to extricate him from his truck.

McGill suffered non-life threatening injuries and was not wearing his seat belt.

Neither alcohol nor drugs are believed to have caused the crash.

The Springfield Post of the Ohio State Patrol is investigating the crash, and was assisted at the scene by Mad River Township and Bethel Township Fire and EMS.