What is believed to be a typographical error on legal documents submitted by Mad River Township to the Clark County Board of Elections (BOE) was discovered late last week.   Early voters from the Village of Enon reported to the BOE that the township road levy appears on the ballot for voters within the village.

The Enon Eagle contacted the Ohio Secretary of State to confirm information provided by Clark County Board of Elections Director Matthew Tlachac.  We also obtained a copy of the “Resolution to Proceed of the Taxing Authority” which contains the ballot language and is submitted by the governmental agency that is placing resolutions on the ballot. 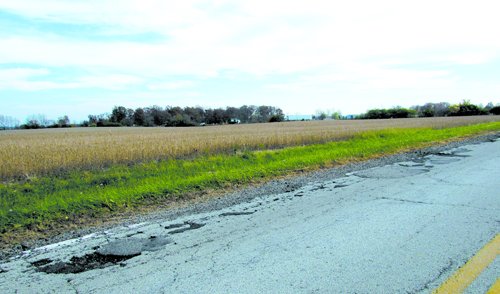 According to the filing, which was received by the BOE on August 5, the township Fiscal Officer provided language on the form indicating that “Mad River Township” would vote on the issue.  The information that would have placed the levy on township ballots only should have stated “Mad River Township (excluding the Village of Enon).”

According to Mr. Tlachac, the ballot language is determined by the township and because Fiscal Officer Maralee Leonard, who signed the document, used only “Mad River Township” without the exclusion of the Village of Enon, all residents of the township including the village are permitted by law to vote on the levy.

When the BOE was made aware of the situation by voters from Enon, Mr. Tlachac stated that he contacted the Secretary of State’s office and confirmed that “every resident” of Mad River Township will vote on the levy.  Tlachac was very clear that the BOE “didn’t do anything that wasn’t on the resolution” submitted by Leonard on behalf of the township.

The Secretary of State’s office confirmed that all residents of the township including those in the village will vote on the levy because the “resolution is a legal document.”    It was stated the Board of Elections’ “hands are tied” in that they cannot ignore the ballots cast by the village residents and must count them.

Tlachac went on to explain that it is legal for a township to place a levy on the ballot that would include residents of a village or city within their boundaries.  An example would be the resolutions concerning utility aggregation which also appear on the November 4 ballot.

In the “Proclamation Notice of General Election” provided by the BOE and obtained by the Eagle several weeks prior to the start of early voting, the Proposed Tax Levy for the additional 1.7 mills for the purpose of repairing and replacing the roads clearly indicates that “Precincts affected” did in fact include Enon 1 and 2.

In the meetings attended by the Enon Eagle, we can fairly report that to the best of our knowledge, discussions during the public portion of the meetings did not indicate that village residents would be included in the levy vote.

The Eagle contacted Mad River Township Trustee President Kathy Estep for comment on behalf of the three-member board regarding the intention of the board in placing the levy on the ballot.