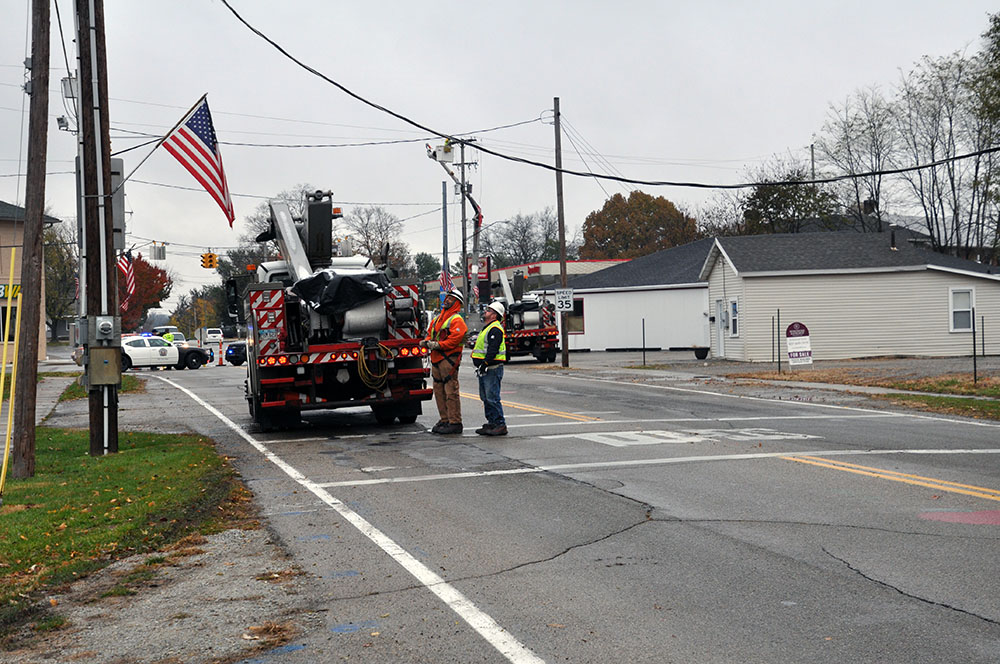 Power is out at Enon Primary School and much of the immediate neighborhood, and at Greenon High School.

Ohio Edison crews discovered that wires had been pulled out of the mast on a pole near the Primary school.

Apparently a bird flew into the substation on Fowler Rd. near Broadway around 8:00 this morning and blew out a transformer. That, in turn, caused a power surge that damaged wires near Enon Primary School.

Enon Police have closed Enon-Xenia Rd. at the Primary school so that repair crews can do their work.

Power lines are also down on Broadway at Skyline.

Power is expected to be returned to all customers by 11:00 this morning.

Enon Primary and Greenon High Schools will be dismissing early due to the power outage.

Enon Fire & EMS is being dispatched from the station because of power failures at the homes of the dispatchers.

Most of the downtown businesses are closed from lack of power.

We will update this story as more information becomes available.