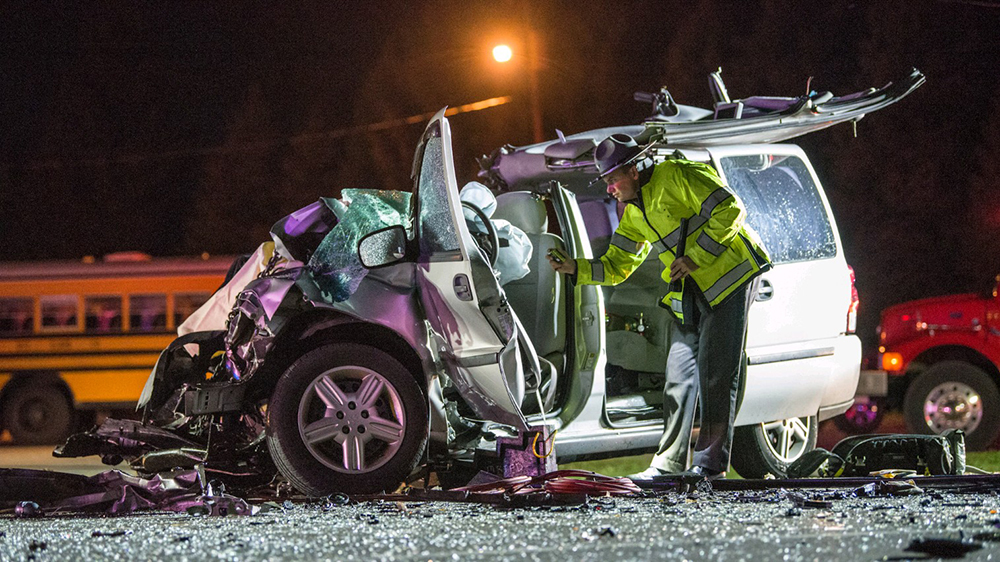 A 71-year-old woman has died as a result of a two-vehicle head-on crash on Dayton Rd. at the Greenon Bus Garage Saturday evening. ANDREW GRIMM | PHOTO

Troopers from the Ohio State Highway Patrol are investigating a 2-vehicle accident that occurred on Dayton-Springfield Rd. at the Greenon bus garage. According to OSP Sgt. Dixon, this was a head on collision.  Dixon states it's too early to determine the cause of the accident.

The minivan pictured here was driven by an "elderly female transporting two juveniles" according to Dixon. Two of the three occupants were taken to Springfield Regional with critical injuries, and the other with serious injuries.

The occupants of the other vehicle, a gold SUV, were treated for minor injuries.

Careflight was called, but they were grounded because of the weather.

The crash remains under investigation by the Ohio State Highway Patrol