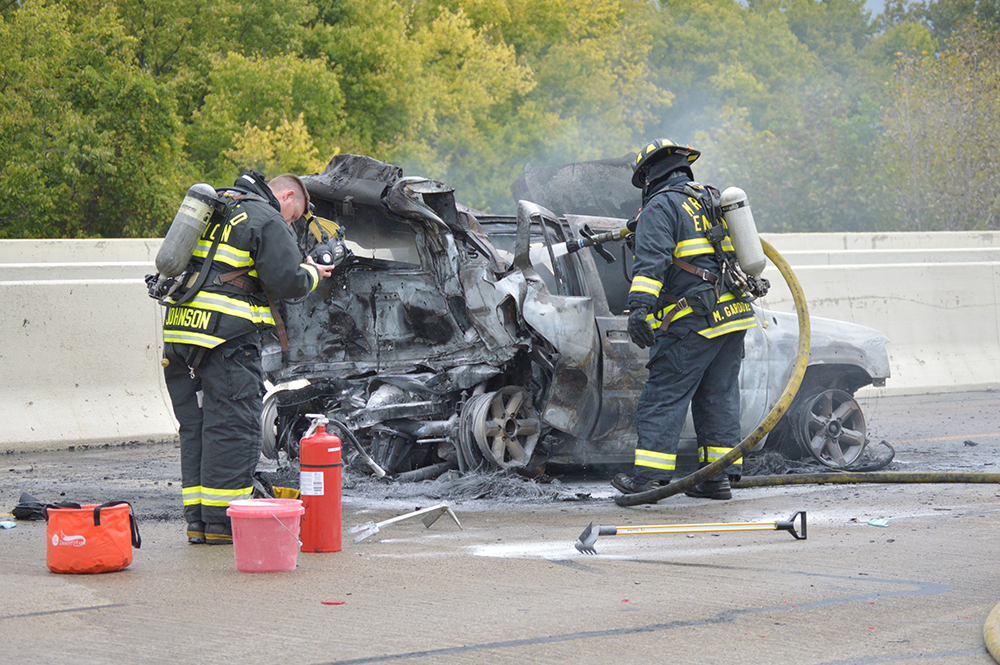 One person died in a crash on Interstate 70 on Thursday afternoon.

The incident occurred in the Eastbound lanes between State Route 4 and Enon Rd.

According to witnesses, a Pathfinder was eastbound and apparently had mechanical problems because a witness said that smoke was coming from the vehicle. The driver of the Pathfinder turned on his 4-way flashers and tried to merge to the right to get to the shoulder. When he entered the right lane, he was struck from behind by a semi. The pathfinder then began to spin, struck another semi and caught fire.

The second semi did not stop and Troopers began a search for it.

Bethel and Mad River medics worked on the driver of the Pathfinder but their efforts were in vain.

Careflight was called, but they soon realized that their services were not needed.

Interstate 70 was closed and traffic was routed onto Route 4, then Enon Rd., then back onto I-70.

The incident is under investigation by the Springfield Post of the Ohio State Patrol. We will update this story when we are notified of the results of their investigation.