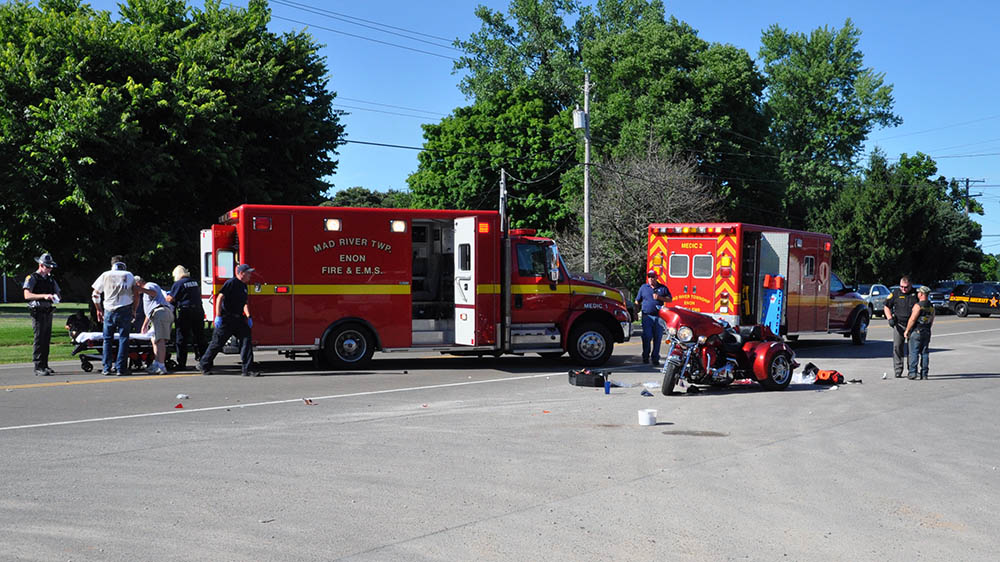 Crews from the Enon/Mad River Township Fire and EMS Department were dispatched to the scene of an accident in front of Taylor’s Tavern on Dayton Road around 5:30 pm on Friday, July 6.  According to early reports, both vehicles were headed eastbound when the accident occurred.

Two victims from a Harley Davidson three wheeler were transported to Springfield Regional Medical Center by EMS units.  One victim was confirmed to have possible life threatening injuries.

A third medical unit arrived at the scene from Hustead EMS to provide treatment to an individual from the SUV which reportedly struck the motorcycle.

The road remained closed in both directions with westbound traffic being diverted to Fowler Road.  The Ohio State Patrol is investigating the accident and interviewing several witnesses from both the restaurant and those driving westbound at the time of the accident.  Three units from the Clark County Sheriff’s office assisted medical personnel and collected reports regarding the accident.

Individuals that we talked to at the scene heard the crash from inside the restaurant but did not actually see the event.