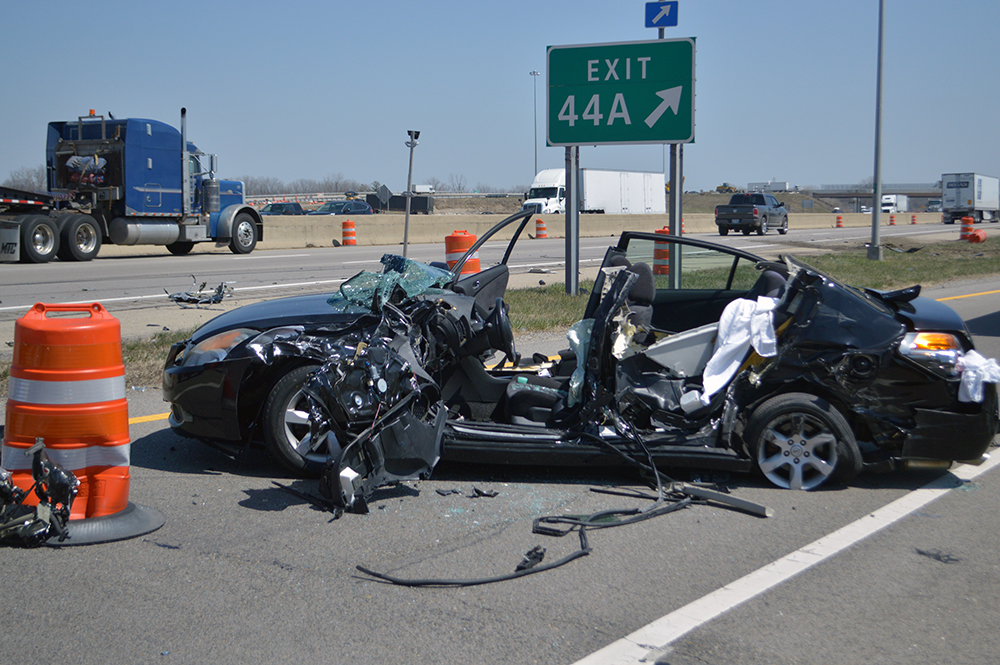 A woman was transported by Care Flight after her car was struck by a semi on I-70 at the 675 ramp.

According to the Ohio State Patrol, both vehicles were eastbound on I-70 when the driver of a Nissan Altima swerved into the path of a semi truck.

“We think she might have been confused on where she was going,” said Sgt. Meddock of the Ohio State Patrol. “The first thing I saw was her phone with the GPS open.”

The Nissan driver may have started to exit onto 675 but changed her mind and tried to get back onto the highway.

The driver of the semi was in the right lane and swerved into the center lane but still struck the Nissan.

“Surprisingly, she wasn’t hurt that bad,” said Meddock. “It would have been a lot worse if the truck driver wasn’t paying attention.”

The woman was trapped in her car and rescue personnel had to remove the top of her car in order to get her out.

The investigation was aided by dash video on the truck.

The incident remains under investigation by the Ohio State Patrol