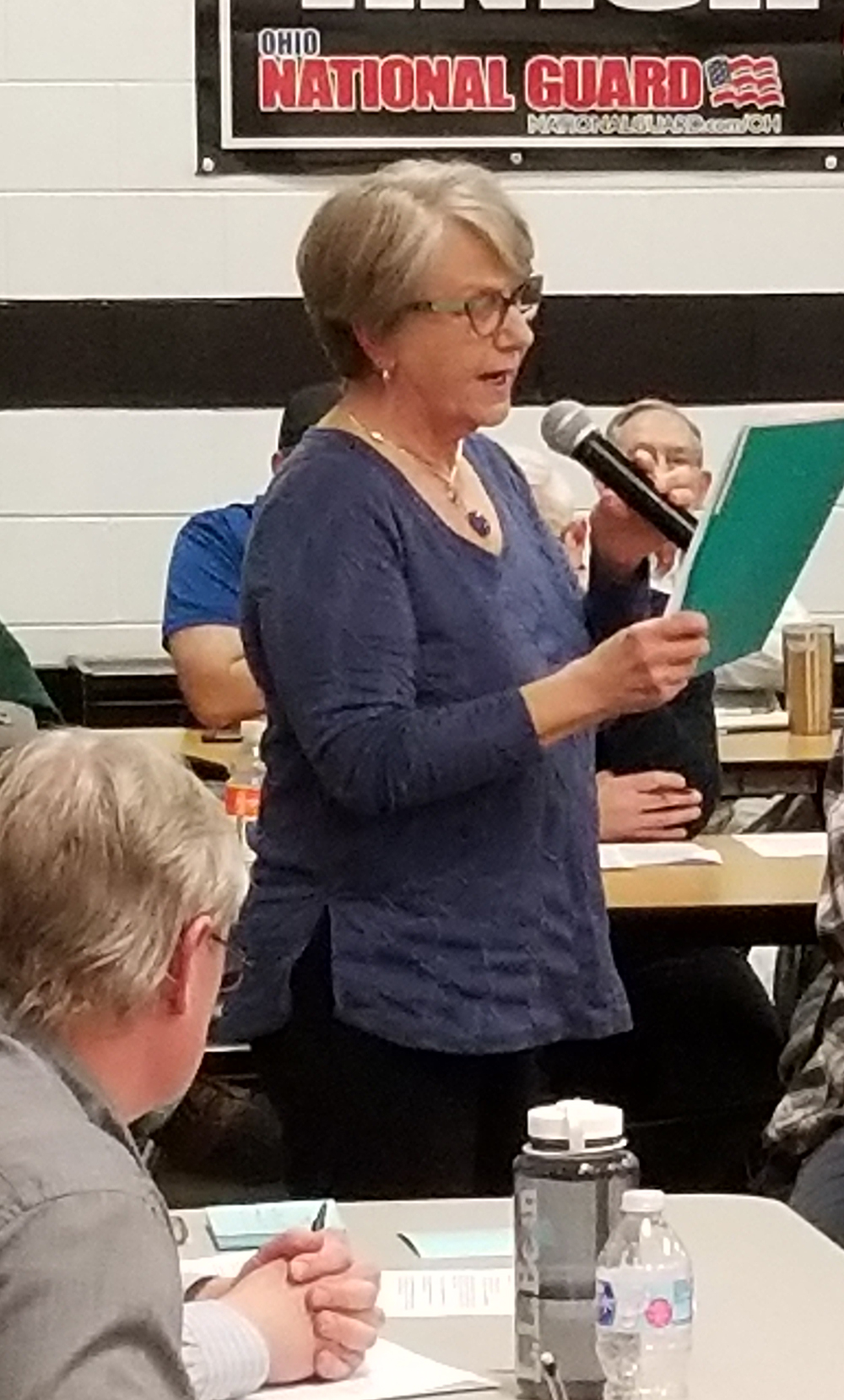 Over 200 residents and government officials packed the Greenon High School cafeteria for the much-anticipated Ohio EPA hearing held on February 1, 2018.  Residents of all ages came to learn more about the application by Enon Sand and Gravel to discharge in excess of 700,000 gallons of water per day (an estimated 1.14 cubic feet per second) into a tributary of Mud Run.  The Village of Enon supplies around 700,000 gallons per day of drinking water to an estimated 6,000 residents giving you a comparison of the amount being proposed.

Township Trustee Kathy Estep read a statement on behalf of all residents of the community with support from trustees Joe Catanzaro and Bob McClure.  When the EPA representative tried to stop Estep from finishing her statement members of the audience yelled “I yield my time to the lady”.

The question of how the discharge of the waste water from the mining operation will impact on the quality of water along with the environment surrounding the stream was addressed by numerous speakers during the testimony portion of the hearing which was record for use by the OEPA as they make a decision on whether or not to grant permission for the company to move forward.

A complete article regarding the hearing and comments from 79th District State Representative Kyle Koehler will appear in the Enon Eagle’s February 7, 2018 edition.