The Ohio State Patrol received the call at 4:46 a.m. The accident occurred between the 50 and 51 mile markers, just east of the Route 68 interchange.

There were no life-threatening injuries.

A minivan eastbound in the center lane moved to the left lane and struck the rear of a pickup truck, sending the truck across the median. The truck was stopped by a guard rail and landed on its side.

The minivan continued a few hundred feet, crossed the median and struck a guard rail.

Firefighters had to use the jaws of life to remove the driver’s door of the minivan to extricate the driver.

“We don’t know why the minivan changed lanes,” said Sgt. Cadle of the Ohio State Patrol.

The occupants of the pickup truck were taken to SOIN Medical Center by Mad River Twp. squad and the driver of the minivan was taken to Miami Valley by Bethel Twp. squad.

“They [Medics] were concerned about the female in the pickup truck,” said Cadle. “She was complaining of back injuries.”

Debris from the crash was strewn across both the eastbound and westbound lanes of I-70.

The incident remains under investigation by the Springfield Post of the Ohio State Patrol, and no charges have been filed as of yet. 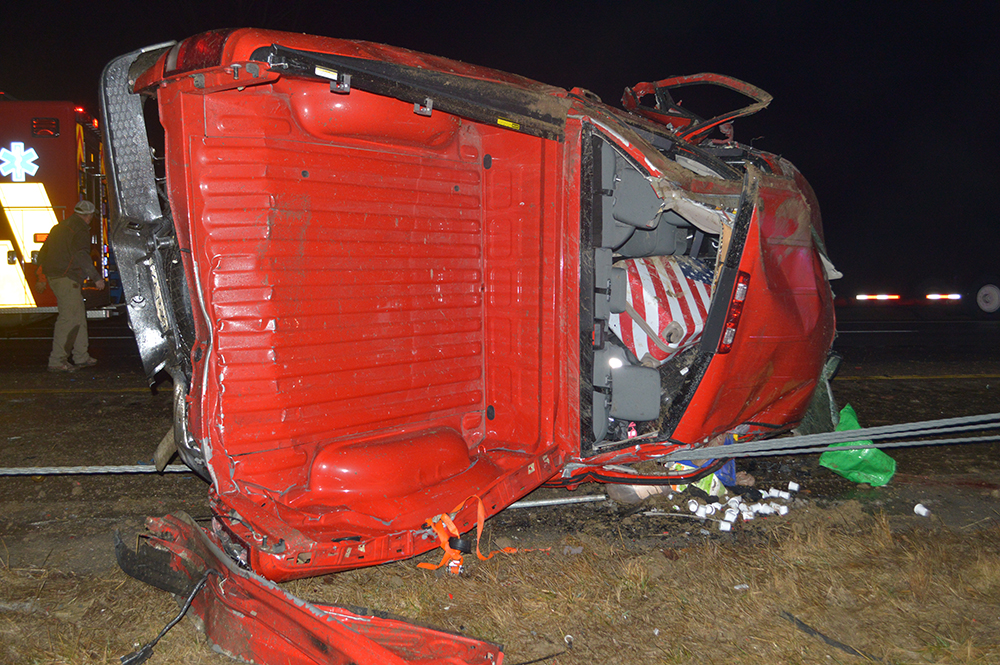 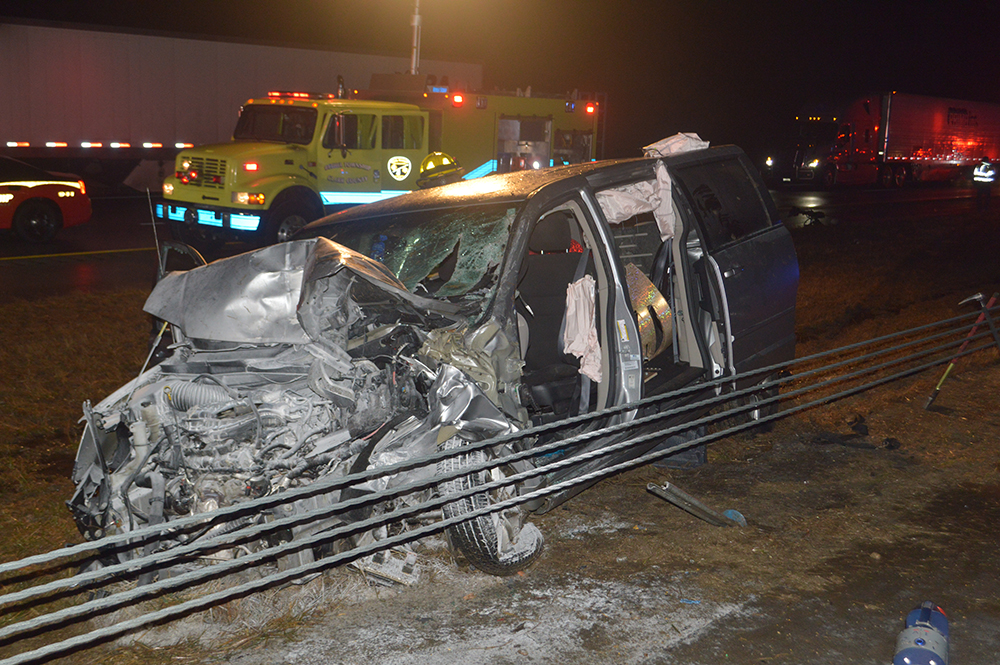 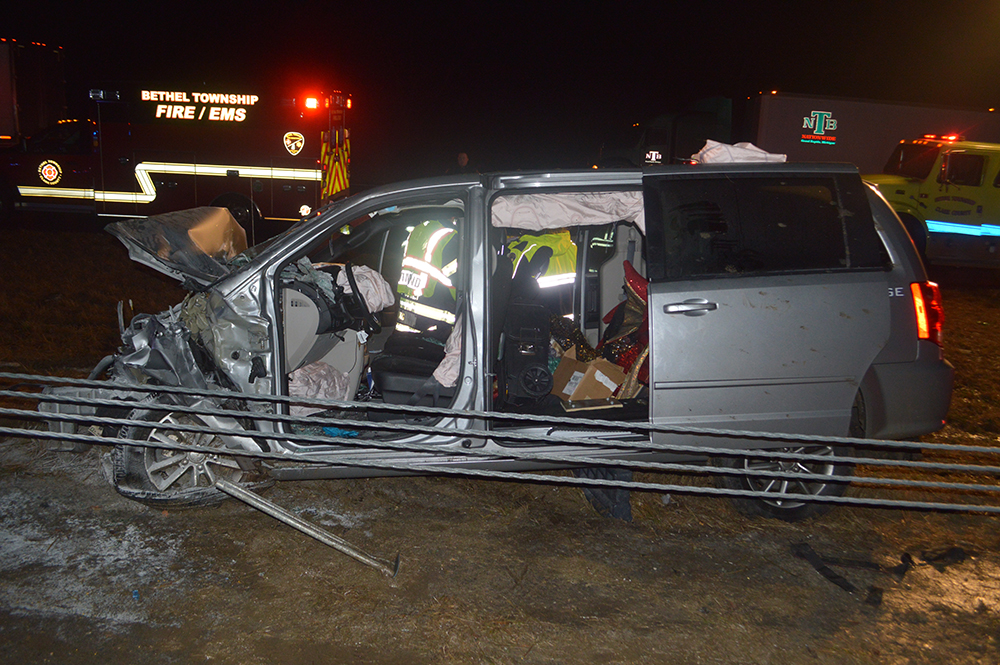