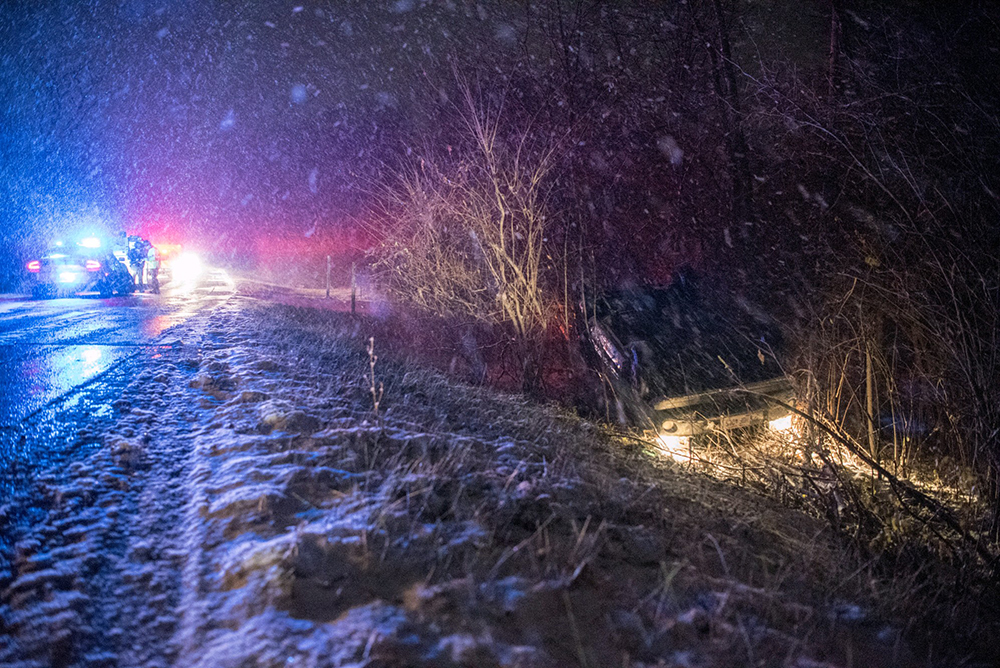 A driver headed into the mobile home park at 2125 S. Tecumseh Rd. reluctantly passed a vehicle that was stopped partially on the roadway.

The driver started to skid down the hill, lost control, went into the woods and rolled over. The vehicle landed on its top.

Neither the driver nor her child were injured.

Troopers on the scene were unsure if speed was a factor in the crash.