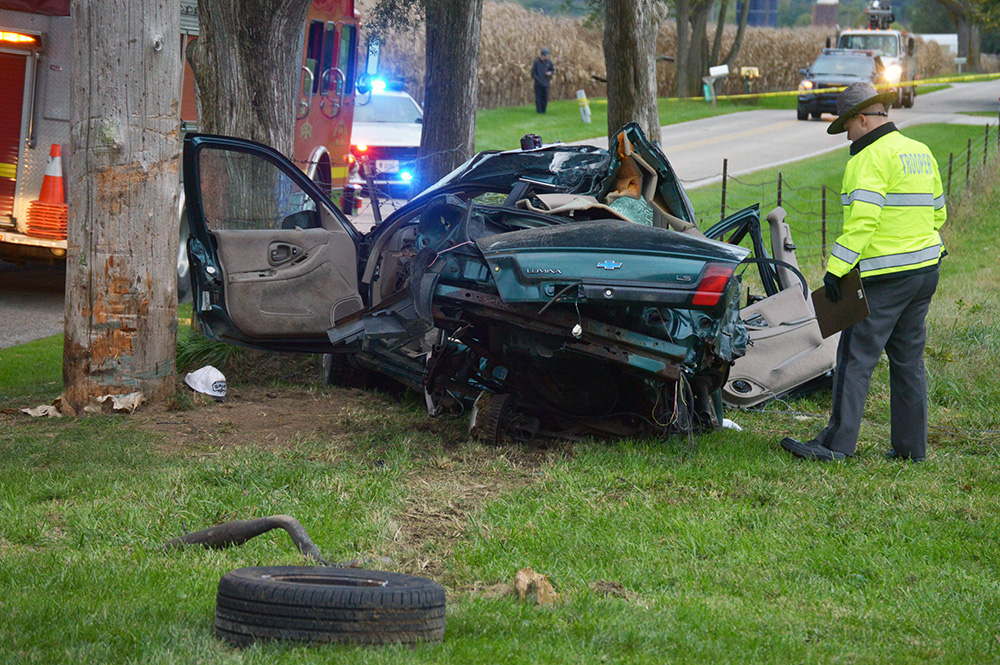 After a day of celebration in Enon during the annual Apple Butter Festival, first responders were called to the scene of a single car accident on Fowler Road just north of Rebert Pike leaving one dead and one in the hospital.  The car was heavily damaged in the accident which involved two 16-year-old students from Greenon High School.

According to initial reports from the Ohio State Patrol, the vehicle was southbound on Fowler Road at an apparent high rate of speed. In the 4200 block, the driver came up a rise, missed a slight bend to the left, went off the road and struck a utility pole. The vehicle then went sideways across a driveway and through grass and struck a second utility pole on the driver’s side.

The first utility pole was moved about two inches and cracked along the whole length. The force of the impact was so great that tires and other parts of the vehicle were strewn over about 100 feet.

The Enon Eagle confirmed that the passenger Kenny DePhillip, a junior at Greenon died at the scene.  According to reports from those who came upon the accident and rendered aid until emergency crews arrived, the driver was able to walk away from the car involved however DePhillip was trapped in the vehicle.  The driver was transported to Miami Valley Hospital; however no word on his condition is available.

Mad River Township Fire crews worked for over an hour to extricate DePhillip from the vehicle.

Greenon Local Schools will be closed on Monday, October 16, 2017.  The school district will have counselors available at the Junior/Senior High School from 10 a.m. until 1 p.m.  Students may come to the school or call 340-6372. A vigil will be held at 7:30 p.m. at the high school on Monday.

This is the second accident to occur during this very short school year that has claimed a young life in our community.  Two student athletes died in a crash on Wilkerson Road in Greene County just days after the start of the school year.

Greenon Local posted their support for the families on their social media page late Sunday evening as word about the accident quickly spread throughout the community.

The accident remains under investigation by the Ohio State Patrol. 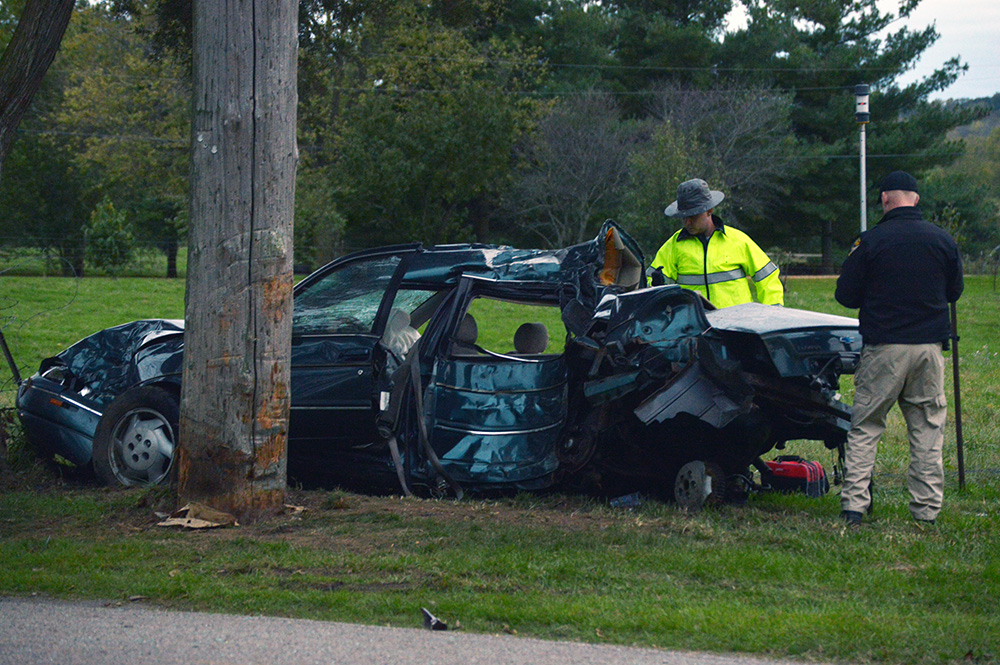