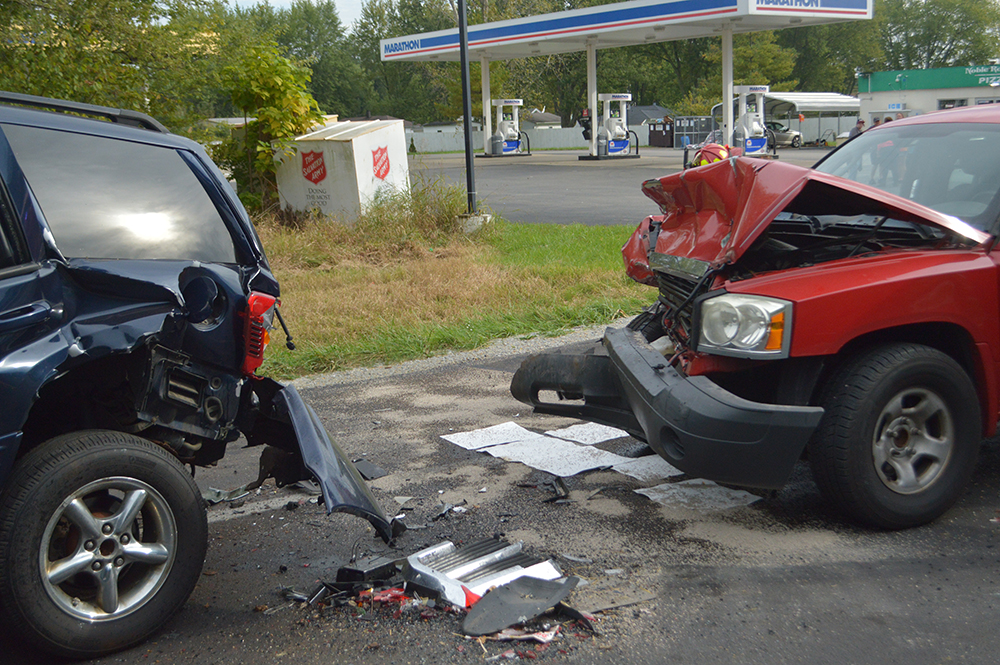 Three people were injured in a Fridy afternoon crash in Hustead. The accident happened shortly after 4:00 p.m. in front of the Hustead Marathon.

Three people were transported by Hustead EMS and by Miami Township EMS to Xenia. None of them suffered life-threatening injuries.

The driver of the Dodge pickup is expected to be charged with Assured Clear Distance.

The incident remains under investigation by the Ohio State Patrol. They received assistance from the Clark County Sheriff’s Office, Hustead Fire and EMS and Miami Township (Greene County) EMS.