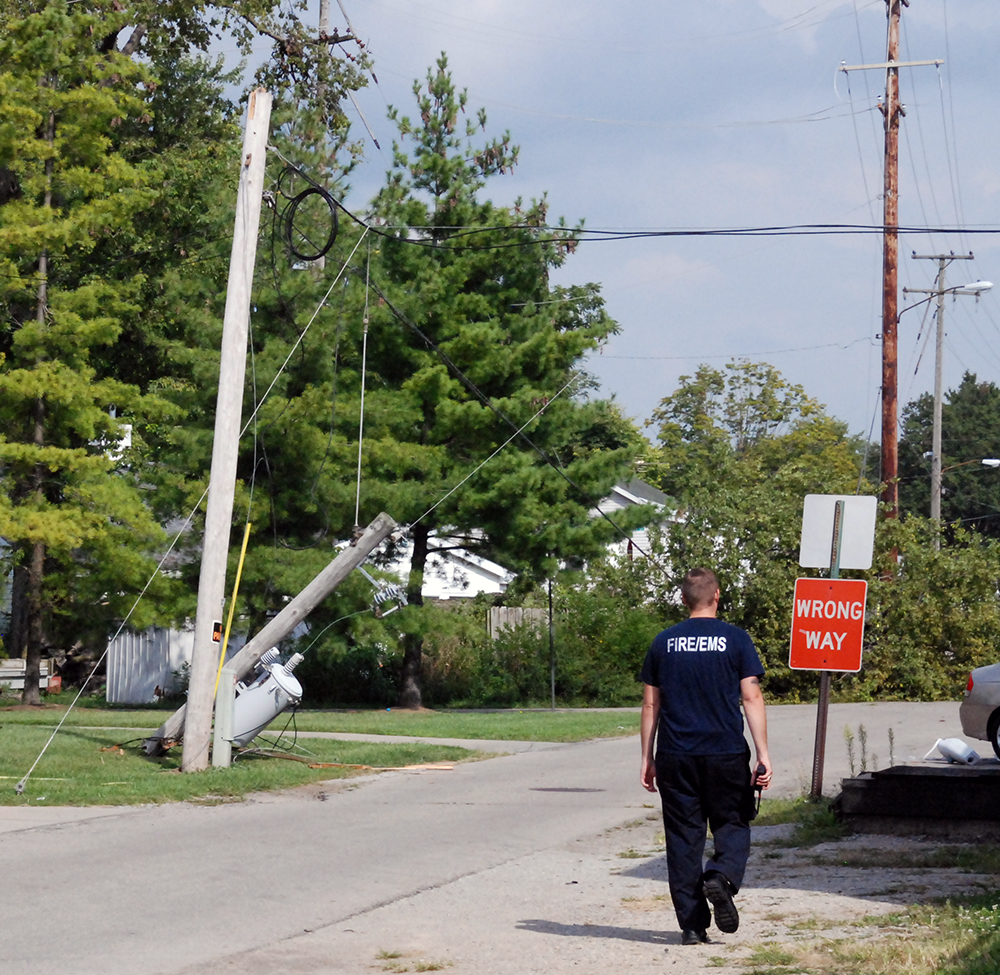 Ohio Edison crews were on the scene at Broadway Road next to Enon School as the sun was setting for the day on Thursday, August 31, 2017.  They were dispatched to put up a transformer that was brought down by a hollow tree in a back yard of a Pleasant Street home.  Emergency crews responded to secure the scene earlier in the evening.

The Enon Eagle spoke to a homeowner earlier in the evening who was just arriving to find her yard in a shambles as the downed ATT line also brought down the power lines to her home in the 90 block of the road.  She reported that her Direct TV dish was knocked down in the process and the incident left her without power.

Acting Fire Chief Elmer Beard told the Eagle that the hollow tree started the chain of events however power to Enon School was not affected by the downed lines.  Ohio Edison reported five customers without power in the area on their web page.

A crew from Spectrum Cable was also on the scene earlier to restore services that did affect the local dispatchers however they did have a backup system in place to continue to take calls.

Crews from Ohio Edison were working to cut up the fallen tree before they could begin work to restore power to those in the outage area and replace the transformer.  Work was expected to take several hours to complete the work.