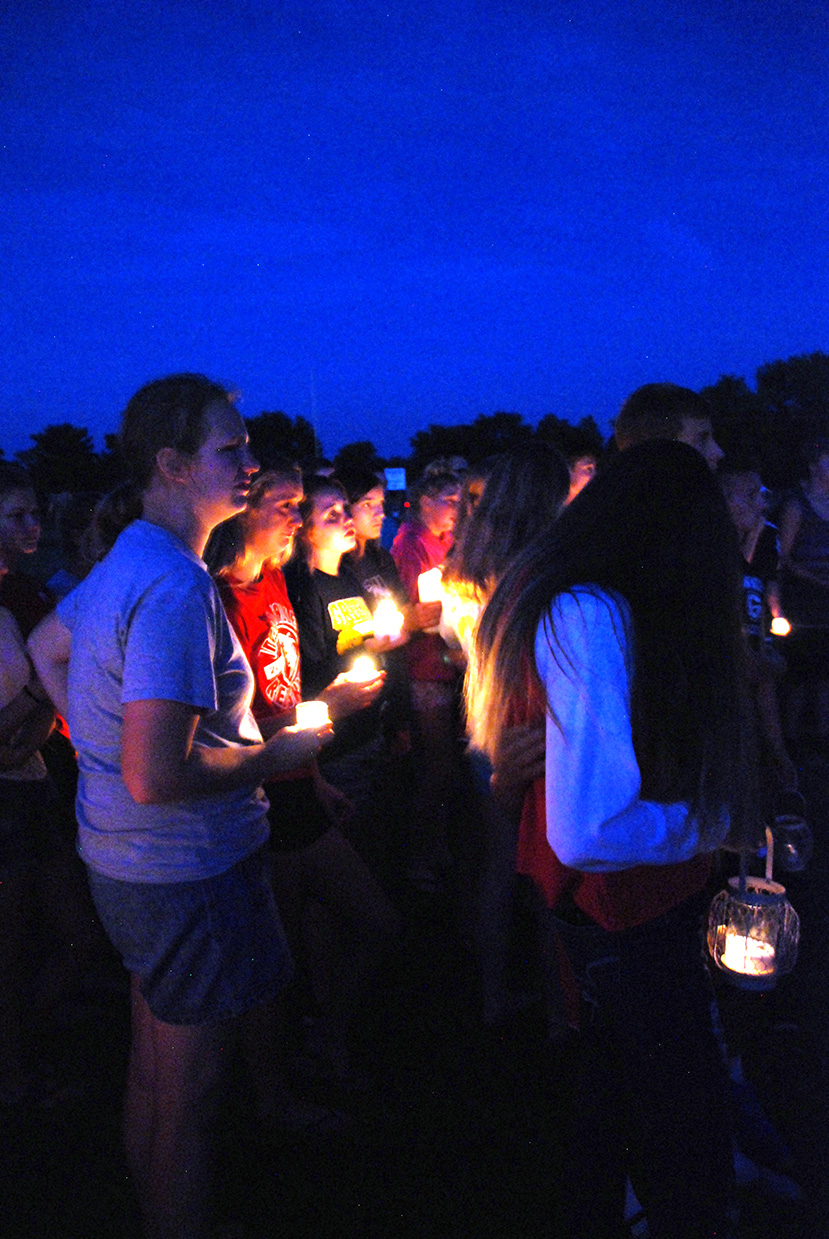 The Greenon Local Schools will be closed on Monday, August 21, 2017 due to the tragic death of two Greenon students. Counselors will be available at the high school on Monday from 10 a.m. until 1 p.m. to speak with anyone who would like to come by. You can also call 937-340-6372 ext 5000 to speak with a counselor.

Early reports indicate that around 4 p.m. on Sunday, 4 males were involved in a traffic accident on Wilkerson Road just west of Mud Run. The car appears to have left the road which was newly chip and sealed just a couple of weeks ago hitting a tree on the north side of the quiet roadway that connects Houck Meadows to Greene County. The driver age 18 who is a graduate of Greenon Local was taken to Soin Medical Center for treatment. A juvenile front seat passenger was able to escape from the vehicle and went to his home nearby and later went to Soin for treatment. Reports indicate that he is also a student in the district. Names of the driver and front seat passenger have not been released, however sources tell us that the driver was a member of the wrestling team last year at the high school.

David Wagg and Connor Williams did not survive the impact and were reported to be in the back seat. None of the occupants appear to have been wearing seatbelts according to law enforcement at the scene.

As news spread on social media, an impromptu candlelight vigil was organized by the district and held at the high school on the football field where Connor Williams the son of Greenon Local teacher Becky Williams played football. He was to be a sophomore at the Global Impact STEM Academy this year and by all accounts had a bright future ahead.

A steady stream of cars headed east on Rebert Pike to join in the gathering at the high school to begin the mourning process for classmates and friends. David Wagg was a senior at Greenon this year and played on the soccer team. He was second-team All-Central Buckeye Conference Mad River Division last year.

Seventh grade teacher Kathy Turner helped to distribute candles to the students and parents who arrived for the vigil. “There are no words” said Turner of the loss of students she taught at the school district. As she stood in the circle of students she reminded them that all of the teachers would be there if they need to talk when they return to school in the coming days. “I want you to know that you are encircled by love tonight” said Turner to the students. “We love you like our own kids” she said of those gathered to mourn the loss of their friends and team mates.

As word came that Mrs. Williams would be joining the students, you could hear them express their despair in quiet sobs and open weeping.  Superintendent Brad Silvas was also traveling to the football field to join in the students, parents and friends of those who died. One unidentified adult spoke to the students gathered about the “comments of hate” that had begun as often happens during such a sudden death. She reminded them that “the survivors will need to go through this too and they will need your support” she said.

A statement on the Greenon Local Facebook page read ” Our thoughts and prayers are with the families of the two students who were killed in the crash.” “We extend our thoughts and prayers to the surviving students and their families, to Global Impact STEM Academy, where Connor attended, and to all of David and Connor's family and friends.”