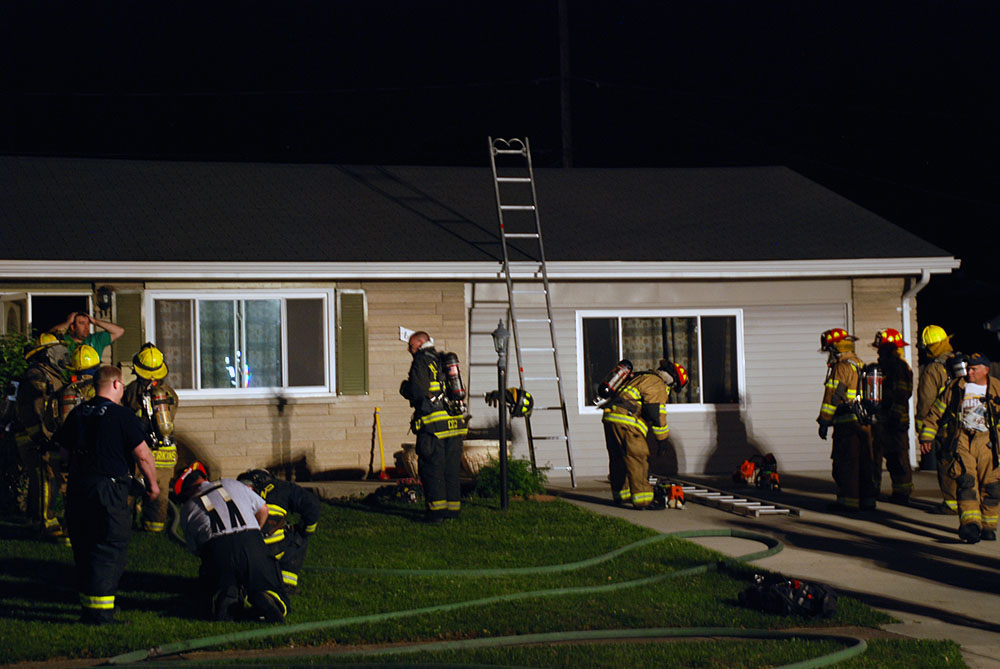 Fire and EMS  personnel from Mad River Township, Bethel Township and Hustead barely made it back to their stations when a call came in for another house fire just across the street and to the east of the home that burned earlier today on Southern Vista.

The homeowners could not have been any luckier than to have crews still at the ready for another battle. Early reports indicate the fire was contained to the attic and most likely would result in minimal damage to the home. Quick thinking by the two young men at home when the smoke alarm went off took the dog and called 911 from a safe distance.

Fire crews were thankful that the fire was contained as the winds had increased significantly prior to the second call.  Crews from the three departments remain on the scene under the direction of Incident Commander Assistant Chief Elmer Beard.

We will have more details as they become available.