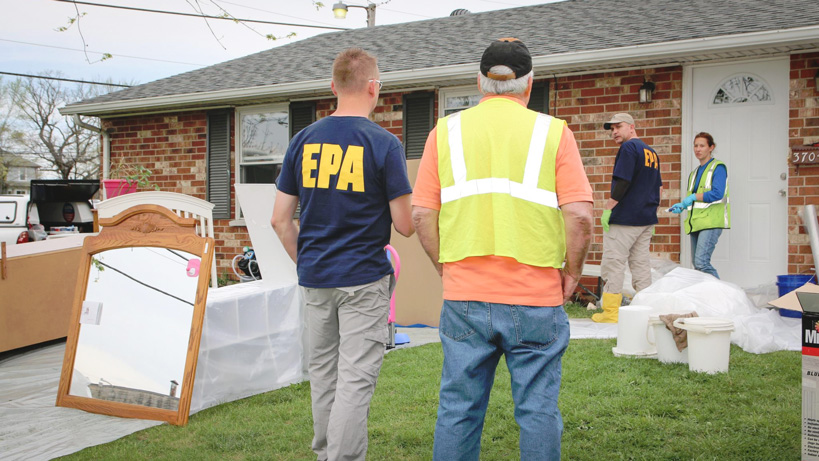 The owners of a home in the 3700 block of Marion Drive have had to find a new place to live after just a few months in their new home. The new owners found mercury during routine cleaning on April 13, 2017. According to information learned by the Enon Eagle the homeowner attempted to call the local fire department non-emergency line but did not get an answer. The next call was to the Enon Police Department who recommended calling the Clark County Combined Health District. It should be noted that this home is in Mad River Township and covered by the Clark County Sheriff’s Department.

The Ohio Environmental Protection Agency was notified and an investigation was conducted prior the spill be turned over to the U. S. EPA. An environmental contractor came to the home to clean up the spill as the Ohio EPA found very high levels of mercury in the home. Residents may have witnessed a dumpster and large bags on the front lawn of the home while crews started the cleanup process in the early morning hours of Monday, April 17.

The EPA and the cleanup crews remained on the scene on Tuesday with the cleanup process continuing inside the home. The Ohio EPA had secured the home until crews arrived. There is no risk to other families living in the neighborhood.

Residents living in Enon and Mad River Township are urged to note the best contact number for the fire and EMS dispatchers is 864-1994 or for an emergency call 911.   Local dispatchers man the 864-1994 twenty four hours a day, 365 days per year. For non-emergency contact the dispatcher at 864-1995. It is best to put this number in your cell phone or make a sticker for your home phone. To contact the Clark County Sheriff, call 328-2560 for non-emergency calls or 911 in case of an emergency. The Sheriff can dispatch both a Sheriff Deputy to township homes and the Enon Police to those residing within the Village of Enon.