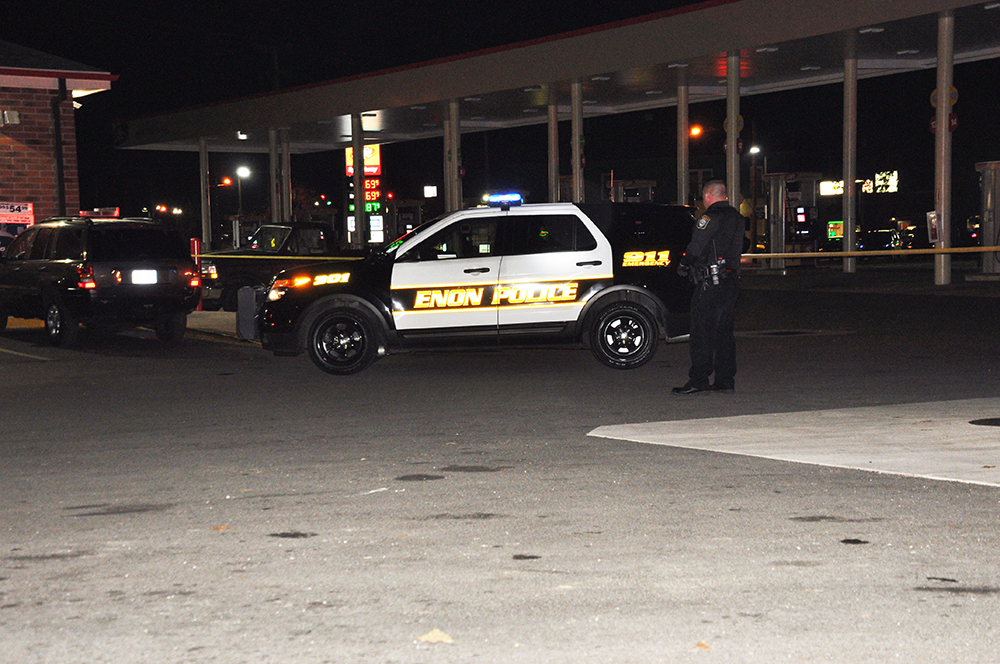 Emergency crews were called to the Enon Speedway around 6:30 this evening on a report of an unknown white powder on a customer who entered the store located on North Xenia Drive.

The Enon Police took one female into custody at the scene and crews from the Hazardous Materials Unit for Clark County were called to investigate.  The white substance was also found in the car of the individual by authorities.

The Enon / Mad River Township Fire and EMS crews along with the Enon Police Department responded to the call made by employees who suspected the substance could have been fentanyl.  Units from the Clark County Sheriff’s office also responded to the scene.  First responders put up hazard tape around the scene and did not allow any bystanders on the property.

The all clear was issued around 7:45 and the business was able to reopen after a closing of about an hour.  The female customer was transported to a nearby hospital for evaluation.

The Enon Eagle is in contact with acting Fire Chief Elmer Beard and the Enon Police Department to gain additional information on the event.